Follow-up research on recoverability of natural gas in GEms area

Amsterdam – Oranje-Nassau Energie B.V. (ONE) is researching the options for the production of natural gas in the GEms area in the North Sea. ONE has started follow-up research on the recoverability of the natural gas that has been found in the area. The process for approval of the actual production of the gas is expected to last several years.

The GEms area encompasses a section of the Dutch and German North Sea to the North of the Eems estuary. A three-party consortium, consisting of ONE, Discover Exploration Ltd., and EBN B.V., has discovered potentially recoverable natural gas in this area. This conclusion has been drawn from the results of exploration drilling is the area. The discovery of natural gas and the acquired insights have now led to a new phase in which follow-up research will be done and the development of the discovery will be prepared.

The follow-up research will, inter alia, focus on how the natural gas discovery can be taken into production. ONE’s priority in this lies with environmentally friendly and safe operations. An ‘Environmental Impact Assessment’ (EIA) that provides insights into the possible impacts of natural gas production in the area, is therefore an important part of the research. The process for the approval of the production of natural gas consists of multiple steps and several permits, the first of which will be applied for soon. In addition, consent with a so called ‘Production plan’ will be applied for. This document will describe how ONE aims to produce the natural gas in a safe and responsible manner. The entire process for approval to reach the production phase is expected to take at least two years. 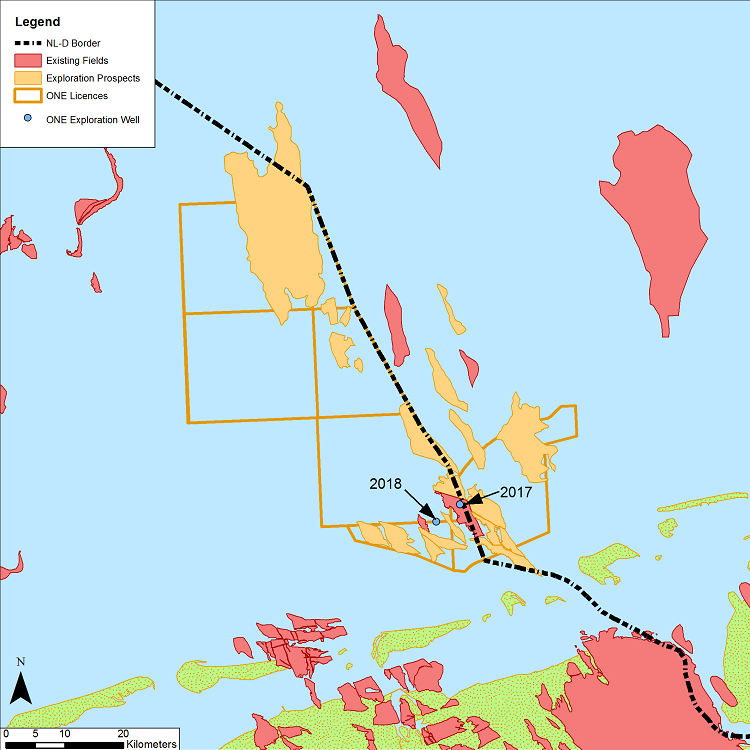 ONE and its partners strive for the continuation of the ongoing dialog with the stakeholders and aims to proactively inform and involve them in the process for approval of the potential production of natural gas, the follow-up research in the area, and the potential drilling of new exploration wells. ONE strives to engage with stakeholders on their concerns with natural gas production in the area and to learn how they wish to be involved with the developments in the area. The ongoing dialog with stakeholders that ONE initiated, is highly valued by ONE.