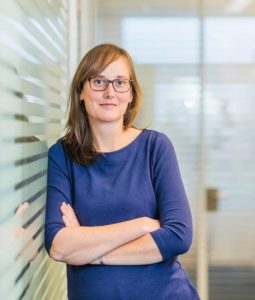 “It’s about making the process as clean – as near-zero – as possible.”

“We’ve known where things have been heading and been active in the area for a long time. So for me ESG is about putting a label on actions we were already taking and bringing a cohesion to them. It’s about increasing awareness of our strategy, the energy transition as a whole, and our role in it. For example, the industry is now 30% more efficient in the Netherlands than 15 years ago. That’s quite an achievement.

I’d say we have already been a catalyst for change. For example, our supplier contracts now incorporate a greater focus on ESG: asking for warranties, inserting guarantees around emissions and adherence to relevant laws, even termination clauses if requirements aren’t met.

Ultimately, though, there’s still going to be a need for gas because there’s simply not enough energy to cope with growing demand. The focus will be on continuing to fill the gap in the energy mix in a way that’s as near-zero as possible, using electrification powered by renewable energy and eventually hydrogen too.”