In 2015, after nearly 30 years of production, the Sean field was reaching the end of field life with a relative low daily production and aging platforms. In the first half of 2015, ONE-Dyas completed the acquisition of a 50% operated interest in the Sean field complex as well as a 100% operated interest in the adjoining exploration block, with the aim to extend the life of the field by reducing operational costs and increasing recovery.

The Sean fields were developed as a “Peak Shaver” facility. As a consequence, high deliverability demands, typically during the winter months, were put on the field for relatively short periods of time. During the 25 years of the Peak Shaver contract, Sean produced on average up to 20 days per year. In 2011 the field went into ‘normal’ blow down production.

The development comprises three platforms, one on Sean North (RD, or “Sean Romeo”) and two bridge linked platforms on Sean South (PD and PP, together “Sean Papa”). Sean Romeo is a wellhead platform designed to be operated unmanned. Sean Papa consists of a gas treatment facility consisting of sand separation, dehydration and compression with an export route to Bacton.

Since becoming operator of the Sean field, ONE-Dyas has taken the opportunity to upgrade the production facilities in order to reduce operational costs, maintain integrity, increase safety, and secure and reduce environmental impact. ONE-Dyas has installed a multiphase pump in the well stream (booster function) to reduce the wellhead pressure and increase the ultimate recovery of the reservoir. Based on extensive subsurface modelling work, ONE-Dyas also drilled an infill production well in the existing reservoir and an exploration well to a near field prospect to increase the field life of Sean by a number of years. A third compression stage was installed to the export compressor to lower suction pressures, extend the production and increase recovery. ONE-Dyas is currently investigating the potential for Energy Transition opportunities to re-use the Sean reservoir (storage) and facilities. All these activities are aimed at further extending the lifetime of the Sean facilities. In parallel, ONE-Dyas is preparing a draft Decommissioning Programme for removal of the facilities in order to be prepared for removal at the end of field life.

Extension of the Sean field life requires assurance of installation integrity for an additional number of years, and to ensure that the installation performs in line with present requirements for the protection of health and safety for people and environment. To this end, the installation (including pipelines) has been reviewed and upgraded where required. Some major activities have included upgrading the gas turbine drivers for the gas compressor and the generators to increase efficiency and increase the machine performance as much as possible in line with present environmental requirements. These requirements include a reduction of fuel gas and consequent reduction of NOx and CO2 emissions.

To reduce the hydrocarbon content of the produced water injection, the produced water process system has been reviewed and upgraded. In addition, the deck water drain system has been replaced to reduce hydrocarbons going overboard. The process control and emergency shutdown systems, both critically important for the management of installation integrity, were renewed in 2017 to increase process safety and platform integrity. This renewal will also reduce present venting of hydrocarbons.

ONE-Dyas encourages people to be innovative, to think out of the box, and to propose activities to improve our operations. One of our ground-breaking ideas was to moor the Emergency Standby Vessel on a mooring buoy as much as possible instead of keeping position under power. It appeared that for a reasonable part of the time, the stand-by vessel could be moored without jeopardizing the primary emergency stand-by function of the vessel. The installation of the buoy and mooring of the vessel significantly reduced the fuel consumption and emissions. This achievement led ONE-Dyas to receive the prestigious EEEGR Innovation Award 2017. 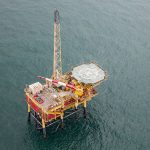 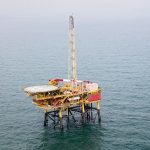 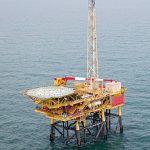 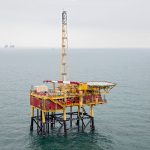